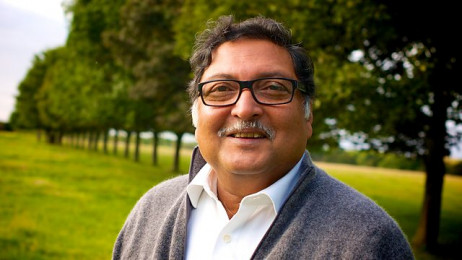 CALLING ALL TEACHERS! We know you’re busy but if you manage to squeeze in one extra thing today, make it this.

Sugata Mitra, Professor of Educational Technology at Newcastle University, believes when young people are given the right tools and encouragement, their innate sense of wonder can allow them to learn almost anything from one another.

In 1999, working for a Delhi software company he saw his chance to prove it, installing a ‘hole-in-the-wall’ computer in a slum.

His amazing innovation made headlines across India, and his idea went viral, inspiring Vikras Swarup, the author of the book Q&A which would become the film Slumdog Millionaire.

Following this, Mitra presented his plan to one day build a ‘school ‘in the cloud’, where children from across the planet can teach themselves anything and then teach their friends. Before you could say “log me in” the idea went viral. In 2013, Sugata won the $1 million TED Prize to help make this a reality.

Both he and his team have already opened five learning in the cloud labs in schools in India and in the North East of England.

Click here to listen to Sugata’s ideas on a Self-Organised Learning Environment (SOLE). It’s inspiring stuff for anyone working in education and we’re all for promoting learning through hands-on experience, it’s what MerseySTEM is all about!