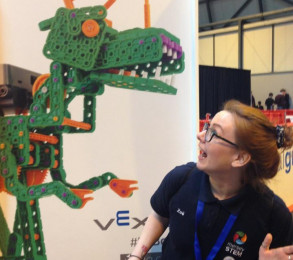 Eeeeeeeeeee! We’re over the moon to confirm that VEX Robotics will be at The Big Bang North West 2015!

Here at MerseySTEM we’ve always used VEX Robotics Kits for our Robot Challenge Days and as their stand at The Big Bang Fair was beyond awesome, we just had to book them for you too – are you ready for some serious bot building?

The VEX Robotics team promote STEM via their user-friendly, educational and interactive kits. VEX Robotic kits are made up of modular robotic parts that allow children to design and create an infinite number of robots.

VEX systems are widely used in schools because of their durability, high quality and educational material. We are so happy to have them on board. In fact Zoe just couldn’t contain her excitement! 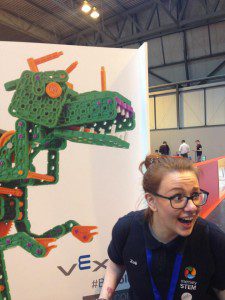