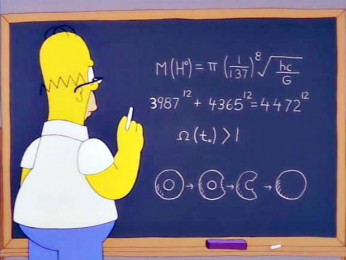 Homer Simpson discovered the Higgs boson before scientists did!

According to Dr Simon Singh, author of The Simpsons and their Mathematical Secrets, Homer Simpson almost predicted the mass of the elementary particle, the Higgs boson, more than a decade before it was discovered!

And that wasn’t all…

Check out the amazing article in full via The Independent.