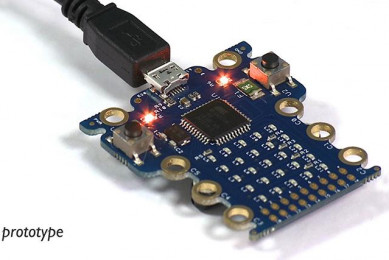 The Institution of Engineering and Technology have partnered with the BBC to support the Make it Digital initiative.

This project will see 1 million  programmable devices distributed to students free of charge, as well as a host of supporting teaching resources, activities and CPD opportunities. This month the BBC launched its Make it Digital initiative to address the need for more digital professionals.

With the UK facing a significant skills shortage, and an extra 1.4m digital professionals needed over the next five years, Make it Digital is a national campaign to inspire a new generation of coders and programmers.

As part of the initiative, the BBC has partnered with over 25 organisations including the IET to create a small programmable hardware device, nicknamed a ‘Micro Bit’, for every 11-12 year old in the UK. This device will help younger children to start learning basic coding and programming, acting as a springboard for further learning and more advanced products like Arduino, Galileo, Kano and Raspberry Pi.

Still in development, it will become available from Autumn 2015, with one million devices given away freely.

The Make it Digital Traineeship was also announced, which will offer 5,000 young unemployed people a nine-week digital traineeship including time at the world-renowned BBC Academy.

IET Chief Executive Nigel Fine said: “The digital world is evolving all the time – and with it, the demand for more young people with coding and digital skills. It’s great to be supporting BBC Make it Digital to promote the world of digital creativity and inspire the next generation to get involved with what is fast becoming one of our most exciting and creative industries.”