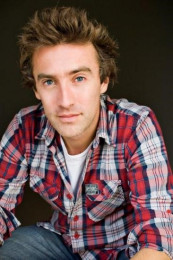 You heard it here first!

Dallas Campbell, star of The Gadget Show and Bang Goes the Theory will be attending The Big Bang North West 2015!

On BBC Four he is a regular presenter of the science based Horizon series, he’s hosted Doctor Who’s 50th Anniversary celebrations, Stargazing Live and both Bang Goes the Theory national tours.

MerseySTEM are more than excited to have Dallas on board. Not only will he be getting involved with many of the fun, interactive BBNW activities, he’ll also be judging for us for The National Science and Engineering Competition. We can’t wait!

Have you booked your school group yet? You don’t want to miss this STEM-sational free event!