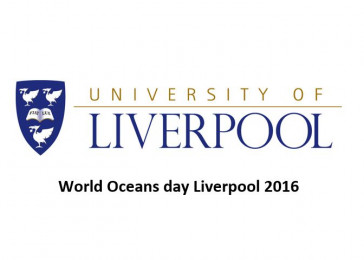 This year Liverpool University Marine, Oceans and Earth Society (LUMOES) will be hosting a World Oceans Day event as part of a global celebration for the world’s oceans. This event will be held at the World Museum Liverpool and will consist of a range of educational stalls from charities and organisations, as well as workshops put together by students.

The aims of these workshops and stalls is to provide visual ways for pupils to understand the world’s oceans and for them to become more curious and aware about the world around them.

This experiment demonstrates how a density gradient affects how water bodies interact. For the purposes of this experiment the density gradient will be due to salinity (a measure of saltiness (dissolved solids) of the water). First density is demonstrated by floating 2 cans of ‘soda’; one diet (less dense than water) and one regular (more dense than water due to sugar). The students will be asked which can will ‘float’ and which can will sink before demonstrating what happens in a tank of water (such as in this video). Then a demonstration will be run showing how fresh water and salt water interact when they meet. This will be done in a small tank with a removable gate in the centre. On one side of the gate will be fresh water and on the other side will be salt water with some food colouring in to aid visualisation. The gate is removed and the denser salt water sinks below the less dense fresh water, sloshing back and forth before settling in two distinct layer. This demonstration is analogous to what happens when salty sea water meets fresh water in an estuary. (video available).

This experiment uses tall cylinders filled with water. Using peppercorns, flaked almonds and rice placed on the surface of the water different settling/sinking speeds can be observed. These items represent microscopic biology, known as phytoplankton, which vary in size, surface area and material structure. These all impact on the buoyancy of each phytoplankton species and therefore on settling/sinking rates. This demonstration ties in well with the microscopy demonstration.

Students will have the opportunity to learn to use a microscope to look at some aquatic microorganisms. This experiment will involve 5 microscopes set up with slides showing life from simple plants (algae) to phytoplankton (diatoms, copepods), and complex organisms (polychaete). These slides will represent the range of organisms found within an estuary/marine environment.

The aquarium at the World Museum has several rock pools that allow students to touch organisms such as starfish, anemones and crabs, in order to learn more about these animals.

The Insect department at the World Museum

The insect department will have a display of a range of insects found across the world, in order to raise awareness for the smaller creatures on earth and their importance.

The Royal Society for the Protection of Birds will have a stall to raise awareness for the importance of marine bird species and their conservation, as well as giving students an opportunity to ask questions and learn about the interesting species that inhabit the oceans.

It’s going to be a fantastic day, click here for further information…