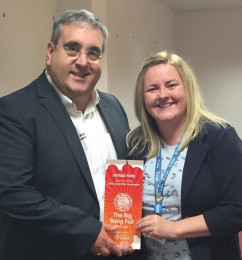 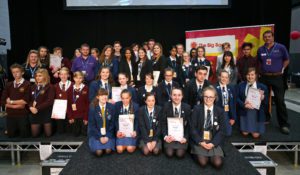 GETRAG Ford Halewood have worked alongside MerseySTEM on numerous projects from ‘bring your daughter to work‘ to our school-wide Robotics Challenge!  They strive to connect young people with STEM and we were overjoyed when they generously sponsored our Innovation Award.

GETRAG Ford is a full automotive service system supplier. GETRAG Ford Transmissions develops and manufactures transmissions and employs 650 people at the Halewood manufacturing plant. On January 1st 2016, GETRAG was acquired by Magna International, the world’s second largest automotive supplier. The Plant has a proud history as an employer and supporter of community activity and recently celebrated its 50th year in operation.

This week we are visiting all of our sensational sponsors and thanking them personally with their own award. Follow us on Twitter for a sneak peek…

A huge thank you to all, what an inspirational event to be a part of!
You could be a Big Bang North West sponsor in 2017, get in touch…