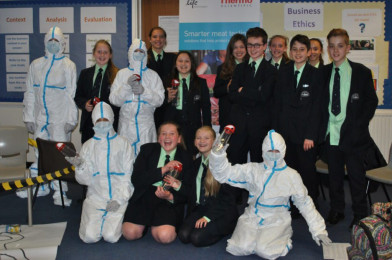 We are so excited to share all the latest news from Bishops’ Blue Coat Church of England High School. Along with their amazing Forensics Day they have so many STEM-sational activities taking place, not to mention an impressive list of achievements! 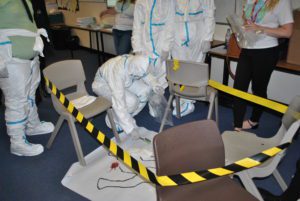 “At the Thermo Fisher Forensics Day, the team from Thermo Fisher Scientific provided hour long sessions for two groups of students in Year 7 and Year 8.

Students were introduced to the ambassadors who gave them a brief background about themselves and how they got to be in the jobs they are in. On the day, all ambassadors were women in STEM – fantastic role models for the girls! 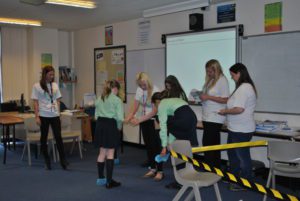 Students were then treated to a brief introduction about what DNA testing in labs is like, four student volunteers helped to demonstrate how to wear protective clothing before entering a ‘crime scene’ and collecting items that could potentially have DNA evidence on them such as a hairbrush, drinks can and chewing gum. 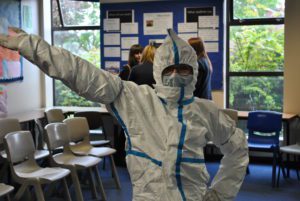 Once this had been discussed, students then worked in pairs on a ‘who’s the daddy’ DNA activity where they had DNA profiles for a woman and her son, along with 3 males who could be the father. Students had to interpret the data using what they had learned about DNA in the session and work out who was the dad to the boy.

The students had a great time and most of the students that demonstrated the protective clothing went on to their following lessons and the home still wearing it all, creating a massive buzz around the school!”

The ICT department at Bishops’ Blue Coat Church of England High School have taken part in a number of different STEM activities and competitions: