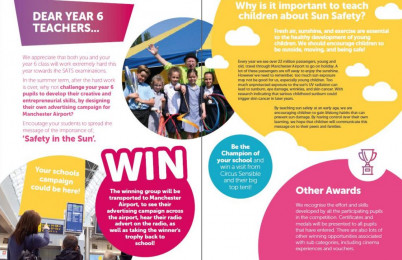 Building on the success of their Secondary Dragons Den competition Manchester Airports Group have developed a Primary Apprentice Competition which will be open to up to 20 schools.

Teachers can follow a free ‘teacher pack’ and a series of videos to deliver the lessons and the challenge is to design an advertising campaign under the theme ‘Safety in the Sun’. 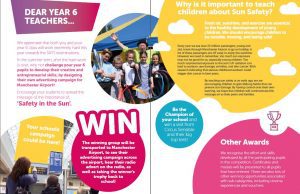 The winning school will win a ‘whole school prize’ and their campaign will be on display in the airport.

Register your interest now by emailing [email protected] to secure 1 of the 20 places.