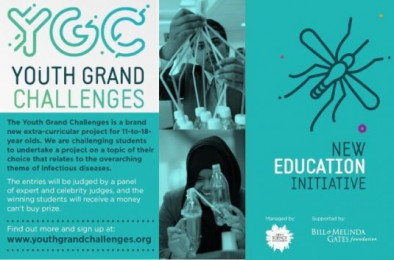 The British Science Association has recently launched their Youth Grand Challenges supported by the Bill and Melinda Gates Foundation.

The project calls on students aged 11 – 19 to come up with innovative solutions that have the potential to change the world, and will reward the best projects.

This year the theme is infectious diseases. Young people or educators can enter their projects online from January 2017 onwards, when the BSA will also be releasing a new suite of themed CREST resources.