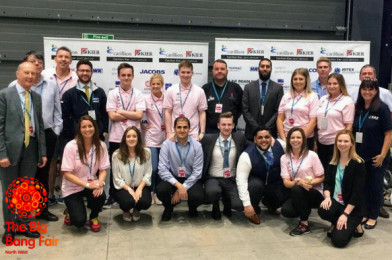 We were overjoyed to have Carillion Kier return to The Big Bang North West 2017 as our Construction Corner sponsor. Along with their partners, their STEM-sational stands offered virtual reality, ‘make your own emoji tile’, ride a real digger and more! 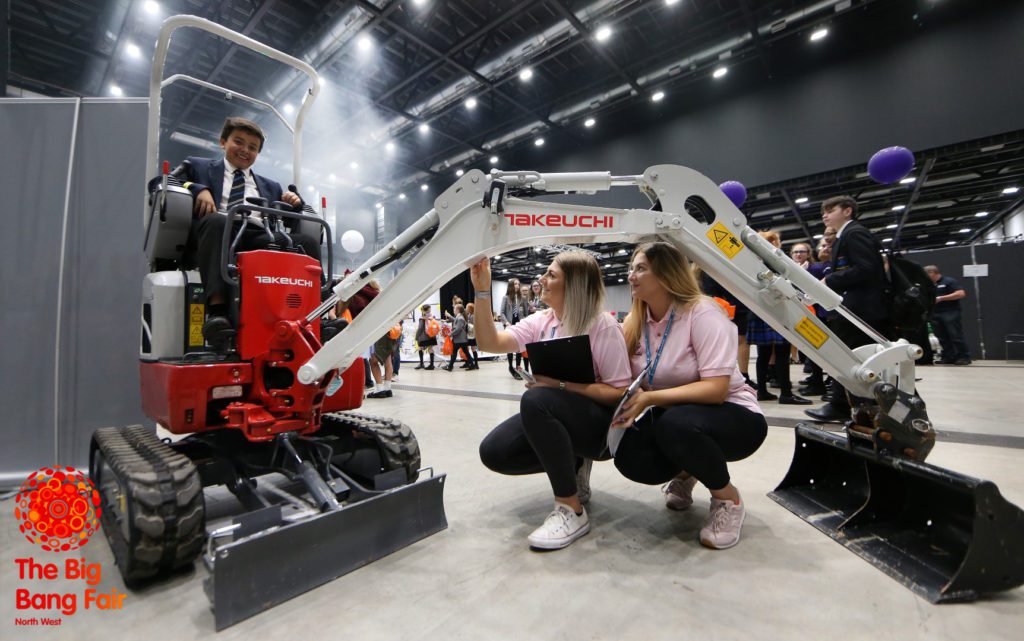 Construction Corner provided the perfect opportunity to talk construction careers with our attendees. There was the chance to discover how technology is used in construction, walk through a virtual construction site, see the science behind structural corrosion and thermoplastics and ride a plant machinery simulator and digger. 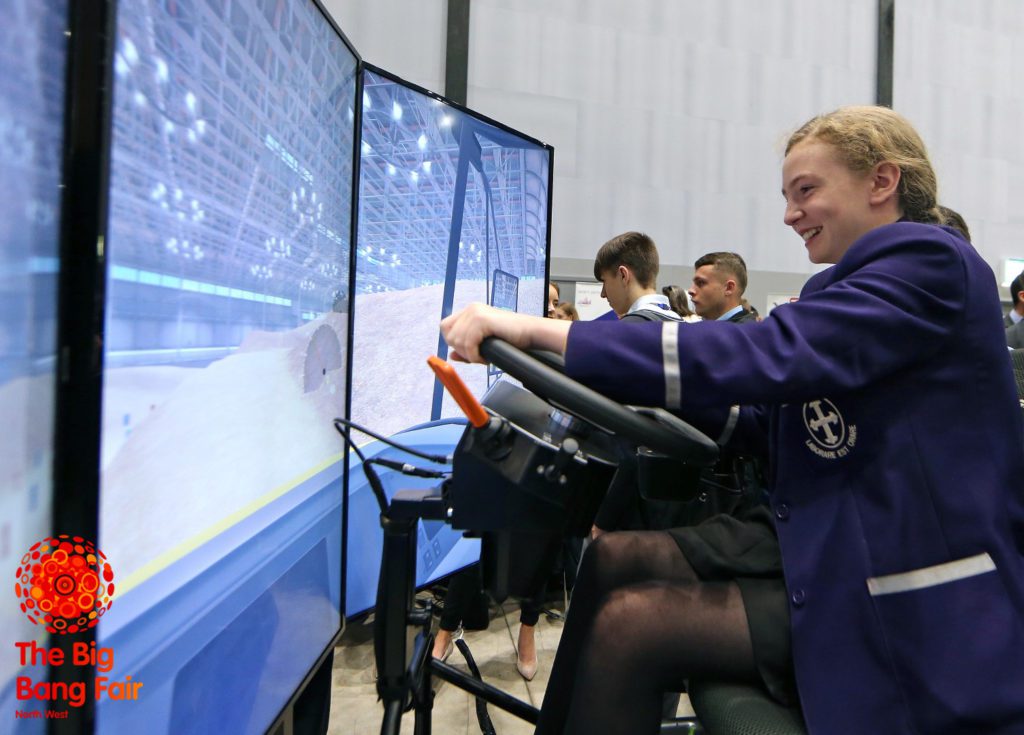 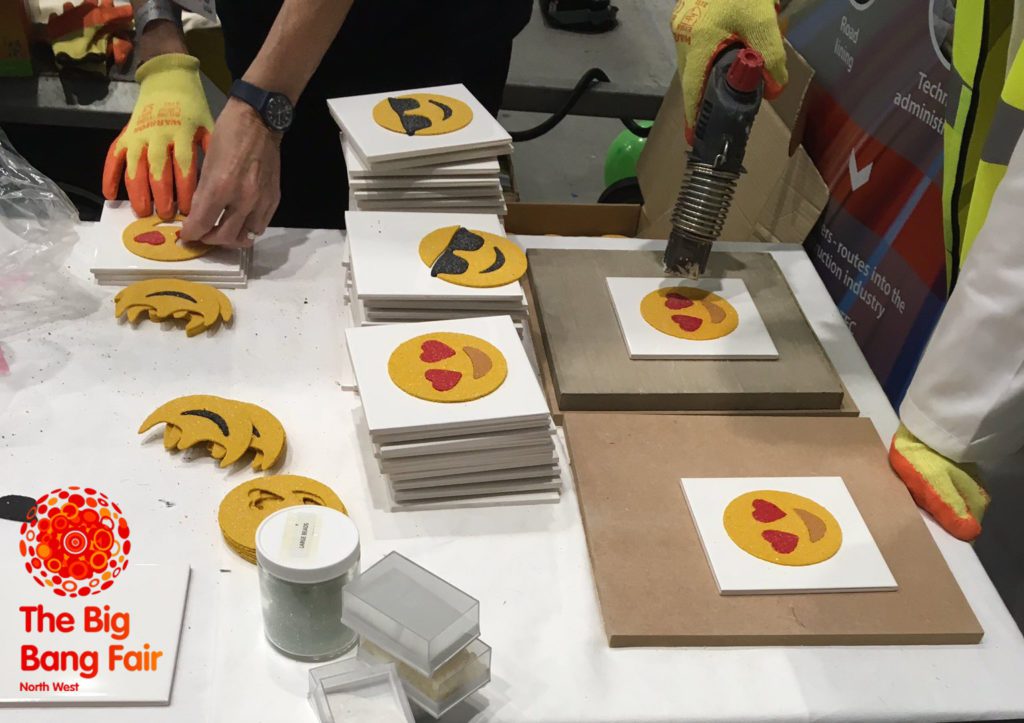 “It was great to see that the event was attended by children of all age groups. The CKJV were able to offer a range of activities from dressing up in PPE for younger students, to finding out about designers in the world of motorway construction for older students. This is exactly what is needed to get children of the future interested and excited about STEM!” – CKJV Apprentice 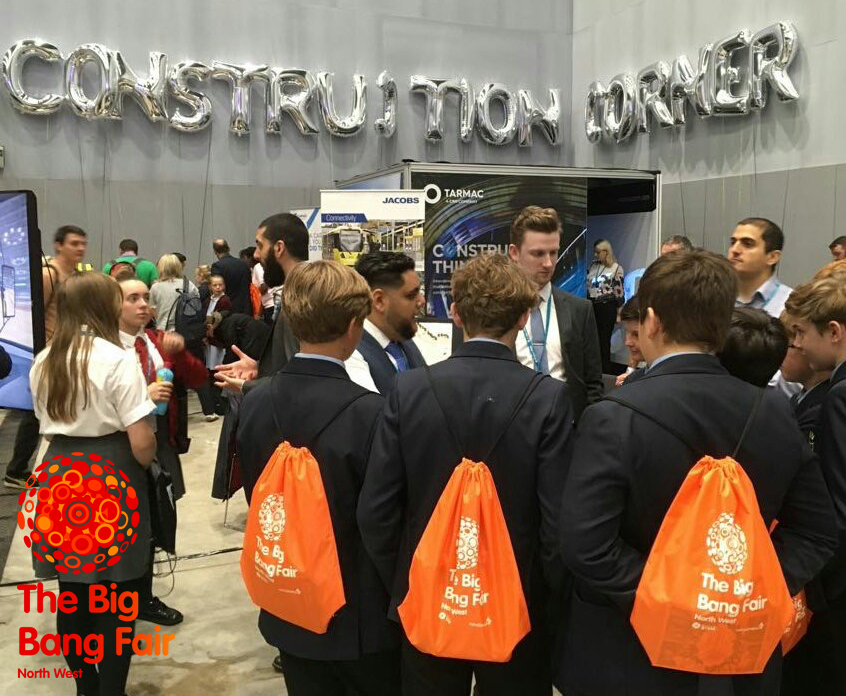 The best quote goes to a young schoolgirl visiting Construction Corner:
“To reduce the lean on the Leaning Tower of Pisa from 6 degrees to 4 degrees, you need to install air conditioning!” 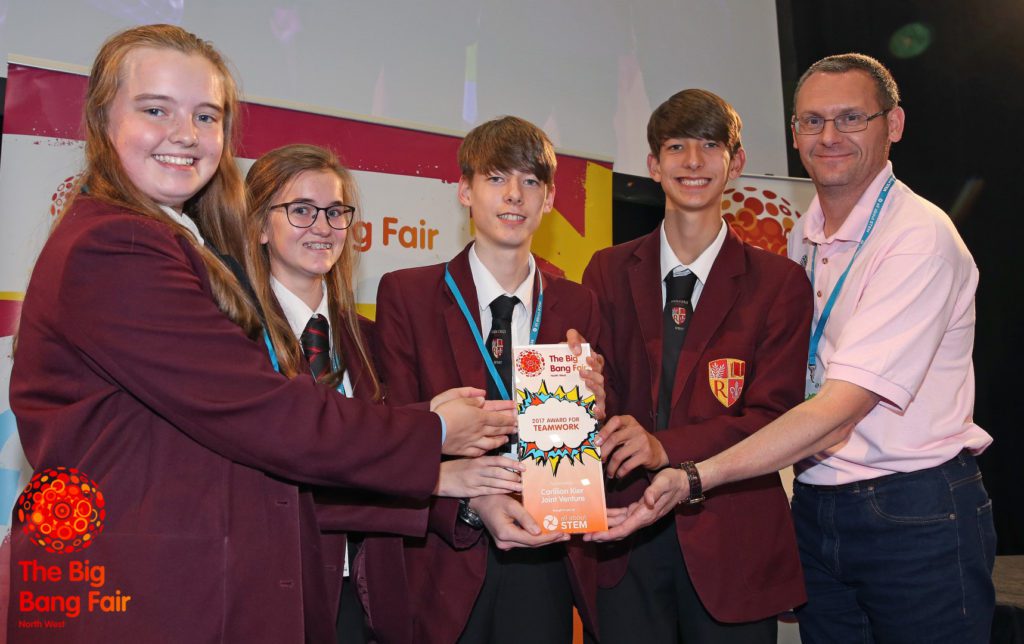 Carillion Kier (Joint Venture) also generously sponsored The Award for Team Work as part of The Big Bang UK Young Scientists & Engineers Competition at The Big Bang North West. They are committed to encouraging collaboration and developing the STEM workforce.

We’d like to thank Carillion Kier (Joint Venture) for their continued support, what an amazing day it was!

“This Civil Engineering project supported the Big Bang North West 2017 to promote the sector and inspire the next generation of young people to join the construction industry. Construction offers a wide range of academic pathways leading to well-paid careers.”
Carillion Kier (Joint Venture)

Carillion and Kier run apprenticeship, part time degree and graduate programmes. Their opportunities are project led and can be based anywhere in the UK.