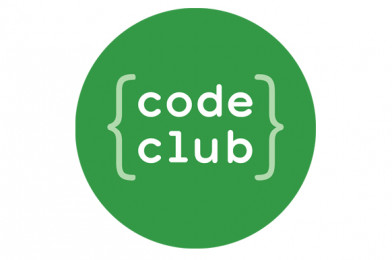 Code Club is a global network of volunteers and educators who run free coding clubs to inspire the next generation to get excited about computing and digital making. The network provides club leaders with everything they need to run engaging and fun sessions.

‘Since its launch in the UK in 2012, Code Club has supported over 6,000 clubs held in schools, libraries, and community centres. Typically, clubs run once per week for an hour as after-school activities, but some take place later in the evening or on the weekend.

So far Code Club has reached approximately 85,000 children across the country, of which 32,000 are girls.
When it started, clubs were aimed at 9 to 11 year olds. From September 2017 onwards it is expanding to cover 12 and 13 years olds. This was in response to demand from hundreds of secondary schools which are already running Code Clubs.’

Many schools and STEM Ambassadors are currently running Code Clubs across the UK. Click for resources, to find out more or to volunteer…