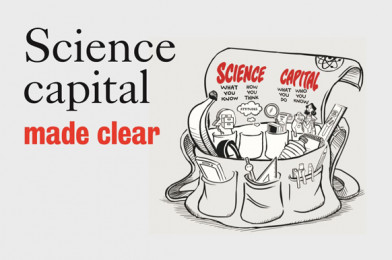 The Science Capital Teaching Approach is designed to support teachers in helping students find more meaning and relevance in science and, as a result, engage more with the subject.

The ideas for the approach were co-developed and trialled over four years between Enterprising Science researchers and 43 secondary science teachers in England.

“BP wants to understand why there is a STEM skills gap in the UK and what needs to be done to close it. We have partnered with King’s College London, University College London and the Science Museum Group on a major collaborative research and development programme for science education – Enterprising Science.”

“Girls and those with low cultural capital are particularly likely to be over-represented among those students with low science capital.”

“With our project partners, we have developed courses for schools and resources for science organisations to use science capital to build engagement with STEM and to raise levels of science capital amongst young people.”