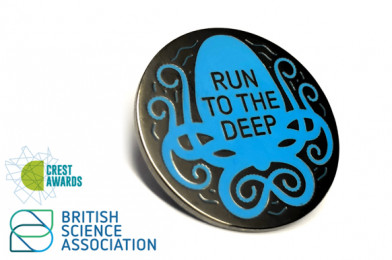 CREST Awards: Perfect for PE – Run to the Deep!

The British Science Association & CREST Awards have just announced that Run to the Deep, their immersive running app, will re-open on the 8th of June 2018 to coincide with World Oceans Day.

Why not incorporate the race into your PE lessons?

Run to the Deep is a 10k ‘virtual race’ which involves journeying from the sea surface to the bottom of the ocean– accompanied by music and audio commentary from explorer Pierre-Yves Cousteau, son of the famous marine conservationist Jacques-Yves Cousteau. Discover mysterious creatures, amazing seascapes, and explore alien environments as you run down to the depths of the ocean!