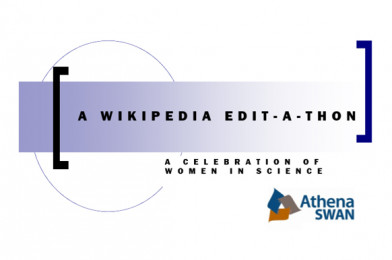 Join the Wikipedia Edit-a-thon – A celebration of women in science!

The University of Liverpool is inviting Further Education Students (A Level/BTEC) to take part in a Wikipedia edit-a-thon celebrating the role of women in Science.

The event will provide students with the opportunity to learn how Wikipedia works and how it is edited. Students will also spend time with female scientists from the University of Liverpool and learn about what they do, as well as learning about other female scientists through the Wikipedia editing process.

“We are very pleased to be welcoming Dr Jess Wade, a Postdoctoral Researcher in Plastic Electronics at Imperial College London, who has personally created and edited over 270 Wikipedia articles about female scientists and who is on a mission to bring more women into science and raise the prominence of the work done by so many female scientists.”

The University are seeking 20 further education students (of either gender) to take part in what promises to be an interesting and enlightening day.