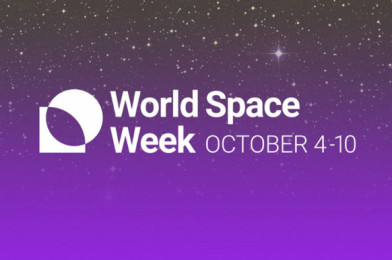 World Space Week is celebrated from the 4th to the 10th of October annually. Take a look at our collection of resources below and take your class or STEM Club to the stars!

CREST is a scheme that inspires young people to think and behave like scientists and engineers. There are many ways to run CREST with your students and so many fantastic activities.

STEM Learning have CPD, ideas & an enormous library of resources and activities, click here for more!

The largest space event on Earth, UN-declared World Space Week is celebrated October 4-10 annually. It is an international celebration of the contribution of space science and technology to the betterment of the human condition. World Space Week consists of a myriad of space-related events held by space agencies, aerospace companies, schools, planetaria, museums, and astronomy clubs in a common timeframe to achieve greater student and public impact through synchronization.

World Space Week Association is the global coordinator of World Space Week. WSWA is an international non-government, non-profit organization incorporated in the United States in 1982. It is led by a Board comprised of global space leaders and dignitaries, an executive team that manages operations, and volunteers that support them.

Start a STEM Club in school