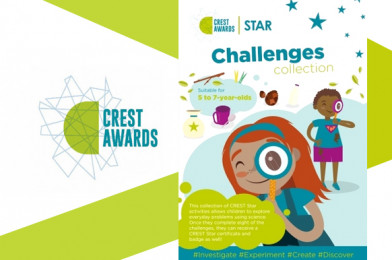 Calling all primary school teachers and educators! If you’re keen to run Star and SuperStar CREST Awards with your pupils and would appreciate some guidance from an expert in primary science teaching, we have the perfect resource.

Throughout March, (14, 22 & 25), CREST is running live webinars, supported by Mewburn Ellis, which will cover planning your CREST activities, helping pupils reflect on their work and several project ideas you can run in your lessons. There will also be information and demonstrations on submitting your pupil’s work so they can receive certificates and badges to mark their achievements.

Tickets are free on Eventbrite:

CREST is the British Science Association’s scheme for STEM project work that inspires young people to think and behave like scientists and engineers.