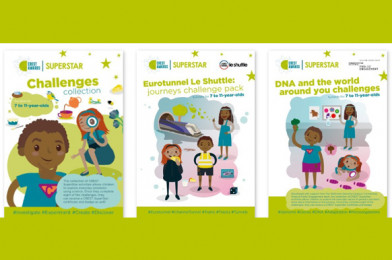 CREST Awards has partnered with Mewburn Ellis LLP to co-produce a series of 16 demonstration videos for educators.

Each video will guide you on how you can run CREST activities with your primary students!

During a CREST Award project, students take on the roles of scientists, researchers, engineers and designers to pursue their own ideas. No CREST project is identical. Even when set the same brief, students produce unique, creative solutions and ideas to tackle the problem – inspiration & innovation!

You can browse a fantastic selection of CREST Award resources here and filter them by award level or topic.