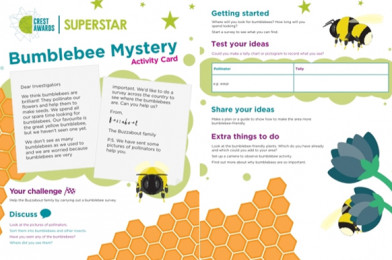 Are you running a club in the 6 weeks holiday?
If you would like to run CREST Awards, CREST can give you all the advice and support you’ll need to run creative STEM projects this summer!

Click here to take a look at the resources!