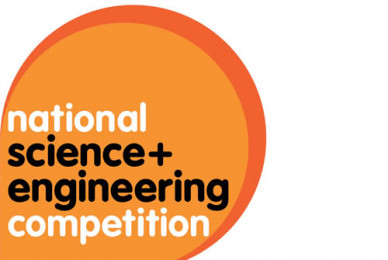 Enter The National Science + Engineering Competition and you can showcase your project for the judges at The Big Bang North West 2016!

The National Science + Engineering Competition is open to all 11-18 year olds living in the UK and in full-time education. The competition rewards students who have achieved excellence in a science, technology, engineering and maths project. 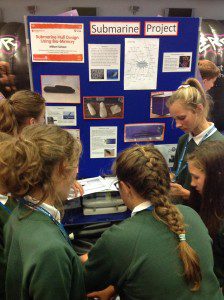 Thousands of young people enter the competition every year, either as a team or as an individual, via two entry routes: 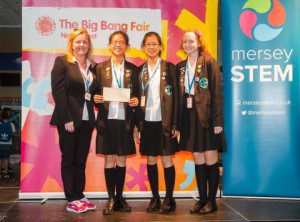 The best projects from across the UK are then invited to the National Finals, which are held in March each year at The Big Bang UK Young Scientists and Engineers Fair. The projects showcase their work to over 75,000 people and compete for a range of fantastic prizes worth over £20,000, including international experience awards. This year’s finals will be held at The NEC, Birmingham.

Enter now and you could follow in the footsteps of our previous Regional Finalists from The Big Bang North West, they made the Winner’s List at The Big Bang Fair!

The closing date for projects to be entered is 6 May 2016
Places are limited, please register your projects and book your place as soon as possible

Problems or questions with regard to your entry or registration?
Email [email protected]
(Here she is with our NSEC 2015 celebrity judge Dallas Campbell! News on our 2016 judges coming soon…) 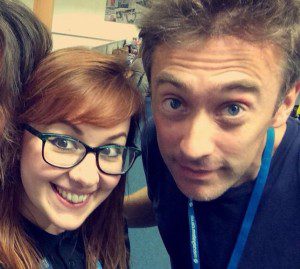