The Big Bang North West 2016: CGI Creatures with Into Film

We’re delighted to announce that Into Film will be exhibiting at The Big Bang North West 2016!

The creative industries are one of the UK’s great strengths. British films, video games, animation and high end television are enjoyed by audiences around the world. 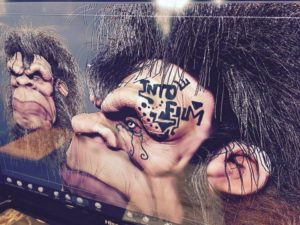 Many of the amazing CGI (computer generated images) scenes in The Jungle Book, The Martian, Star Wars, Oscar winning films Ex Machina, Inception and Gravity were all created here in the UK and the UK is the largest games development market in Europe.

Visit the Into Film stand at The Big Bang North West and hear what employers are looking for in new entrants and what the job opportunities are. You can also discover how some of the CGI creatures you see on the big and small screen are created!

Did you know?
– The creative economy as a whole employs 1 in 12 jobs across the UK.
– The game industry has the youngest workforce in the creative media sector with 68% of employees under 35 years (79% for women), compared with 35% of the UK workforce as a whole.