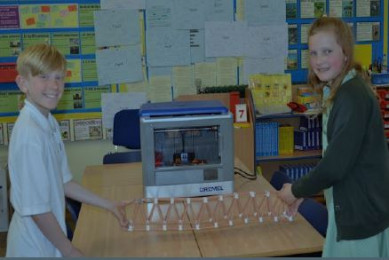 University of Liverpool engineers have been working with children from Dovedale Primary School to design and build a model of the Anfield roof truss using the latest 3D printing technology!

The truss, which is a giant metal structure weighing in at 650 tonnes, is a key feature in the redesign of Liverpool FC’s iconic Anfield Stadium and the latest addition to the Liverpool skyline.

The Year 5 pupils were tasked with researching, designing and building the truss along with a series of related activities including forming their own company and even coming up with their own branding!