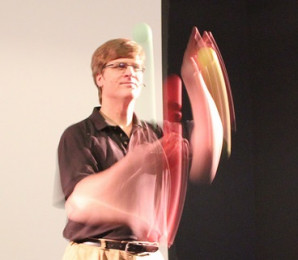 Math and Juggling! Who knew?

Juggling has fascinated people for centuries. Seemingly oblivious to gravity, the skilled practitioner will keep several objects in the air at one time and weave complex patterns that seem to defy analysis… but can any of them actually define the magic… do the math? Literally!

To our knowledge there’s only one juggling ‘mathmo’ and that’s @ColinTheMathMo – Colin Wright. We’ve invited him to The Big Bang North West so you can enjoy his entertaining show for yourself. Seeing is believing, who knew math could be so mesmerizing? 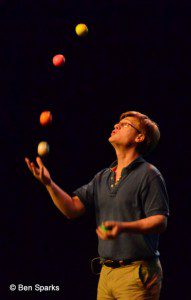 The Big Bang North West takes place at Aintree Racecourse on the 8th of July, coming?

Click here to register your group, sponsor us or volunteer. It’s going to be the biggest and the best yet! 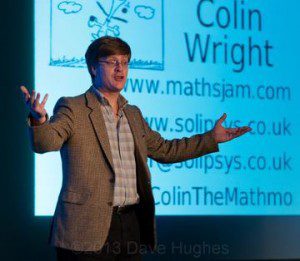 Colin Wright graduated in 1982 from Monash University, Melbourne, Australia, with a B.Sc.(Hons) in Pure Mathematics, and went on to receive his doctorate in 1990 from Cambridge University, England. While at Cambridge he also learned how to fire-breathe, unicycle, juggle and ballroom dance. Since then he has worked as a research mathematician, a computer programmer, and an electronics hardware designer, taking time to give presentations all over the world on “Juggling – Theory and Practice.” Colin also enjoys sailing small boats and playing bridge, although not (so far) at the same time.