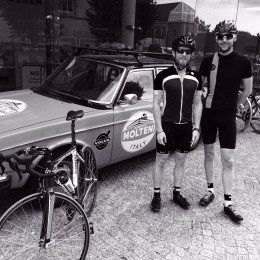 Be One Percent’s Lands End to Liverpool Ride – Show Your Support!

This is SO exciting, the Be One Percent Lands End to Liverpool ride is a go!

MerseySTEM’s Events and Engagement Manager Tim Wright is currently in training and he, along with other cyclists and members of the charity Be One Percent have committed to riding from Lands End to Liverpool in just three days.

The event takes place from the 25th to the 28th of August 2015 …it’s not to raise money but to shout about a charity we as an organisation have invested in. Those involved love cycling and adventure; so what better way to spread the word?!

You can find Tim, Phil, Chris and Richie’s team blog here…
Follow all of the action and show your support on Twitter here… 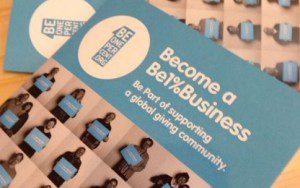 By giving as a network we create a powerful and effective fundraising mechanism, which means that together, we make a greater impact for some of the worlds poorest communities.

As the network of givers grows, more is achieved– and together we can change the world we live in.

Once you become a member, Be One Percent will send you a monthly email that explains what the network’s donation has achieved.

Please join the giving revolution and Be One Percent.