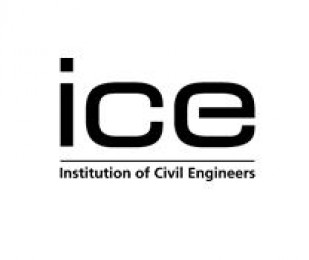 The Institution of Civil Engineers is to launch a fun new educational facility at Catalyst Science Discovery Centre to help give local school pupils a taste of civil engineering – a 13m long, 2.8m high prefabricated bridge like the nearby Mersey Gateway design.

And the first people to build the new bridge will be pupils from Widnes Academy, who will put on their hard hats and high-vis jackets to erect the bridge as part of its official launch at Catalyst on 23 September.

VIPs attending will include Mayor of Halton Cllr Ellen Cargill as well as representatives of the Institution of Civil Engineers, the leading professional body which has provided the bridge, and Merseylink, the consortium which is building the nearby Mersey Gateway and which has sponsored the pupils’ PPE (personal protective equipment) for the education sessions.

Gareth Scott, North West Chair of the Institution of Civil Engineers, said today: “The UK needs thousands more civil engineers to help build the infrastructure of the future – bridges like Mersey Gateway but also railways, tunnels, flood defences, water and sewage systems and energy infrastructure – so I hope some of the young people who are here today will get a glimpse of what fantastic careers they can have in civil engineering.”

Cllr Ellen Cargill, Mayor of Halton who formally launched the bridge, said: “I am proud to launch this project. The young people today are the civil engineers of tomorrow and with Halton being such a vibrant, innovative borough we hope they are inspired to work in the area when they attain the valuable skills we need.”

Michelle Dow, Managing Director of Mersey STEM, the body which encourages young people to take STEM subjects (Science, Technology, Engineering and Maths), said: “This kind of activity is always popular with schools and pupils. They have a lot of fun but they also pick up a real feel for some of the challenges of civil engineering. It’s a great way of giving young people an insight into engineering, and we’re delighted to have this bridge based at Catalyst.”

Mrs Karen Highcock, Principal of Widnes Academy, added: “Widnes Academy is an Innovation Enterprise Academy, so it’s important to us that we provide our pupils with hands-on experiences like this as well as helping them to meet high academic standards for the challenging careers they can aspire to. Our children make us proud every day, but watching them build a cable-stayed bridge reminds us that they can achieve anything!”

From October, schools around the North West will be able to book bridge-building sessions at the Catalyst Science Discovery Centre. The bridge can also be transported to schools for sessions on-site, with expert assistance provided by supervisors from the Institution of Civil Engineers.