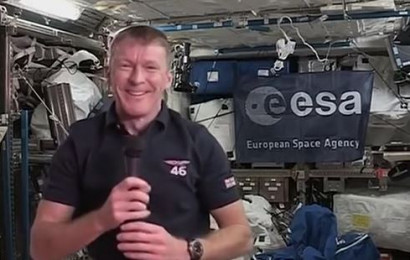 Are you taking part in Tim Peake’s Rocket Science Project? We are! There’s still time to get involved, request your space seeds now and download the new mission resource packs!

Here’s a special message from Tim Peake on the International Space Station:

On the 2nd of September 2015, the Royal Horticultural Society ‘Rocket Science’ seeds were successfully launched into space, their new home, the International Space Station (ISS).

The seeds departed from Baikonur, Kazakhstan on Soyuz 44S – the flight that is delivering European Space Agency astronaut Andreas Mogensen and his crew to the ISS.

After several months on board with Tim, the seeds will return to earth with astronaut Scott Kelly and will land in the Pacific Ocean in March 2016. After they return to the UK, they will be packaged up with identical seeds that have stayed on earth. Participating schools will each receive two packets of 100 seeds to grow and compare, and a collection of fun and inspiring curriculum linked teaching resources and posters, tailored according to pupil age (Key Stages 1 and 2 or Key Stages 3,4 and 5).

LATEST: Full Primary and Secondary resource packs are now available online which contain additional activities for you to carry out with your pupils either now or at a later date. The resources can be downloaded from the ESERO website here: https://www.stem.org.uk/elibrary/collection/4353/rocket-science