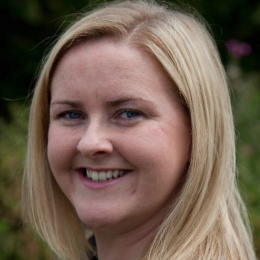 Described as a ‘leading figure in engineering’, who is ‘working with schools across the region to bring science and technology to life’. MerseySTEM’s Managing Director Michelle Dow has been spotlighted by Move Commercial as she is ‘Engineered to Succeed!’

“In the Liverpool City Region at the moment there’s a skills gap we need to fill,” says Dow. “We’ve got to equip our young people for that. We should do that by inspiring them and that’s what we’re trying to do.” 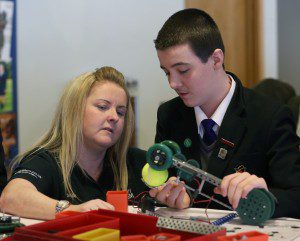 A big focus for MerseySTEM going forward is The Big Bang North West, an interactive science and technology event which aims to inspire and enthrall young people from across the region. Having had the regional contract for the event for two years (during which time membership at the main show and its fringe events soared from just over 2,000 to just over 9,000), Dow says this year’s is set to be the biggest yet. The MerseySTEM team have plans to engage with a massive 12,000 youngsters through The Big Bang 2016, including having 6,000 at the main event at Exhibition Centre Liverpool in July.

“The Big Bang is our flagship event and I absolutely love it,” says Dow. “But it’s not the answer to the skills gap, it’s part of the answer. We need to be engaging young people on lots of different levels; in school, outside of school, through parents’ evenings.  The Big Bang is something we can hang our hat on and businesses and other organisations can get involved with.” 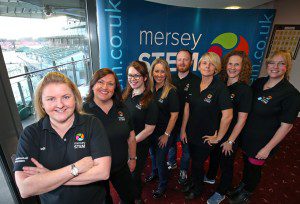 With plans to grow the organisation further, including recruiting more employees to the eight-strong MerseySTEM team, Dow is understandably proud of how far she’s come.

“I’ve had a fantastic career, I’ve spoken at the House of Commons and the House of Lords, I’ve sat on different steering groups and I’ve met the Prime Minister,” she says. “I was nominated Woman of the Year. What I’ve found generally is men are really good at shouting about their achievements whereas we’re not quite as good at that. It’s ok to say I’ve been quite successful.”

One thinks, in Dow’s case, “quite successful” is something of an understatement.

Read the article in full at Move Commercial here…