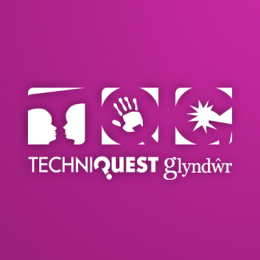 We’re overjoyed to announce that Techniquest Glyndŵr will be exhibiting at The Big Bang North West 2016!

Did they say seat of nails!? Posterior protection at the ready, we want a go!

“Visit the Techniquest Glyndŵr stand to take part in many activities from science busking to trying to control a robotic arm, then see if you are brave enough for the seat of nails… Further challenges include discovering if you can you correctly identify which animals have been into space and how many drops of water can you fit onto a coin?”

The Big Bang North West is going to be awesome, click here to book your school group.

Techniquest Glyndŵr is dedicated to promotion of STEM for people of all ages. The organisation hosts a large selection of hands on activities to engage visitors in scientific principles in exciting ways.

Did you know? Techniquest Glyndŵr is the only science centre in Wales with a pet sheep called Cosmo.

Did you know? Techniquest Glyndŵr is the only science centre in Wales with a pet sheep called Cosmo!
« Back To News