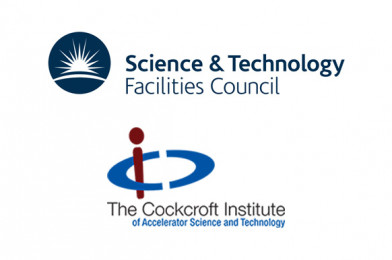 “STFC’s science is incredible. From the infinitesimally small world of sub-atomic particles to the inconceivably vast scale of the Universe. Our scientists and engineers tackle Science and Technology’s biggest questions!

What’s in outer space?
How did the universe begin?
What are we all made of?
How does the world around us work?

We will be showing you how we answer some of these questions using an infra red camera, 3D Printer & Particle Accelerator demonstrations!

The Large Hadron Collider is the world’s largest and most powerful particle collider and the largest single machine in the world. It is housed in a 27 km circumference tunnel located beneath the Swiss-French border, where it brings new understanding to the origins of our universe. Imagine if the next generation particle accelerator was located in Merseyrail’s Wirral loop line tunnel? Join University of Liverpool physicists and FACT artists to explore accelerators and their amazing applications and then help us design a next generation particle accelerator for Liverpool.”

Did you know that engineers at STFC Daresbury Laboratory are designing and constructing 130 different beam transport modules for the European Spallation Source. Once built this powerful particle accelerator will produce neutron beams that are a hundred times brighter than at any other facility in the world!

Did you know that a UK team supported by STFC Daresbury Laboratory and involving the Cockcroft Institute, alongside world experts have successfully tested a new technology to increase the number of particle collisions at the Large Hadron Collider.

The Big Bang North West is going to be our BIGGEST yet!
We’re FULLY BOOKED but don’t worry, you can add yourself to our waiting list below and we are still open for Big Bang UK competition entrants.