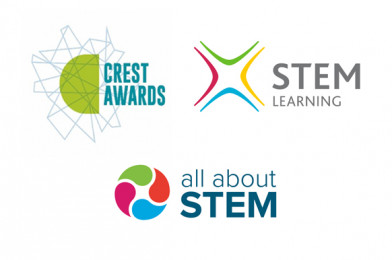 Are you looking for inspiration for your science or STEM club that is suitable for school and home? Take a look at our resource recommendations below along with exciting projects from CREST!

CREST Awards are flexible, can be run in schools, clubs or at home and have no set timetable. Projects can start whenever you want and take as long as you need – perfect during these unprecedented times.

CREST can be used in conjunction with other activities and schemes, such as the Duke of Edinburgh’s Award, Extended Project Qualifications (EPQs) and the Big UK Bang Competition.

If you are already completing a STEM project, there’s a high chance there’s a CREST Award for it. If you’re looking to start a project and need inspiration, look no further!

Here’s a great example…
Your students can design their own game controller!

Zoom: STEM Clubs Champion Workshop
– How to be successful & thriving!