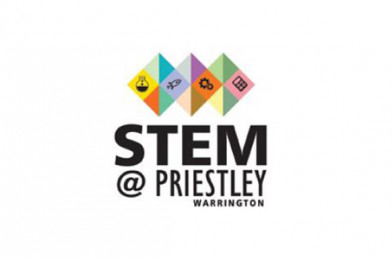 Fabulous news! Priestley College will be exhibiting at The Big Bang North West 2017!

“Visitors to our stand will have the opportunity to test drive robots developed by our students or try out the Oculus Rift – a virtual reality headset for 3D gaming! Staff and Student Ambassadors will be available to talk to visitors about College Life and the unrivalled range and combination of courses available at Priestley.”

Priestley College, in Warrington, was the first college to achieve STEM assured status, and the first to be successfully revalidated in 2016, demonstrating its strong commitment to excellence in STEM education. Priestley is renowned for its caring and supportive ethos, and long track record of outstanding pass rates across A-Level and Vocational programmes.

STEM achievements and successes include:

• Priestley students regularly secure Nuffield Placements allowing them to work with industry professionals.
• Every year Priestley students achieve medals in the UKMT Senior Maths Challenge.
• Priestley alumni Dr Claire Stanley is now conducting research at ETH Zurich – one of the leading international universities for technology and the natural sciences.
• Every year Priestley teams up with Solvay to provide a science experience in college for Warrington’s high school pupils.
• For consecutive years Priestley students were nominated for awards in the Young Game Designer of the Year BAFTAs.
• Eminent speakers visit Priestley every year to discuss their areas of expertise and Priestley students also enjoy top work experience placements.
• Young engineers from Priestley have soared in competitions to build and fly the best model aeroplane competing against teams from across the world.