The IET are taking part in a pioneering partnership led by the BBC where they are sending a personal coding device free to every child in Year 7 across the whole of the UK.

These micro:bits aim to give students an exciting and engaging introduction to coding, helping them to realise their early potential and, ultimately, put a new generation back in control of technology, as part of the BBC’s wider Make it Digital initiative. 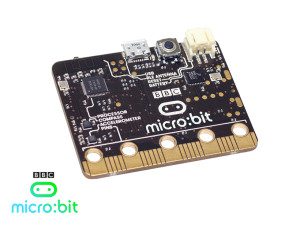 The 2015/16 season of Faraday Challenge Days will be based around the BBC micro:bit devices and have been designed to introduce Year 7 students to coding and get them interested in this area so that they can move onto other, more complex devices in future.

There will be a total of 80 Micro Bit Activity Days running from January to June 2016.

Each host school needs a school hall or large classroom for the day, and six teams of six Year 7 students to take part (36 students in total).

Schools can either apply to:

Go to the IET Faraday website to download the ‘Host school application form’ or for further information.

The deadline for applications is Monday 28th September 2015

In order for your school to take part you must register with the BBC to receive your micro:bits.