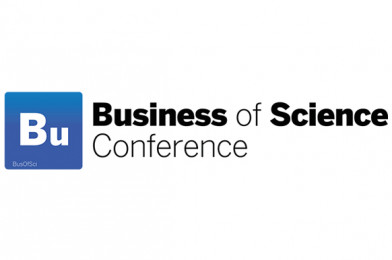 Richard Carter, managing director, BASF UK & Ireland, headline sponsor of Business of Science 2018, welcomed guests to BASF UK’s Cheadle headquarters for a relaxed and lively discussion on the topics at the top of the agenda for the science-based businesses in the region and beyond.

Productivity, Brexit, the Northern Powerhouse, innovation, scaling up and strategic collaboration were among the talking points that were keenly debated by employers including BASF UK, PZ Cussons, Victrex, RSK and Grant Thornton, and think tanks IPPR North and the North West Business Leadership Team.

A key theme that emerged at several points during the evening was the perceived image problem of the science-based industries – in particular, the chemicals industry – and how this could be addressed in order to attract the next generation of talent to the industry.

While the North West chemicals cluster is recognised nationally as a strength and has a key role to play in the Government’s modern industrial strategy, the perception around the table was that it is still behind other science-based sectors, such as automotive, aerospace, pharmaceutical and personal care, when it comes to a positive public image.

Rebalancing this situation requires greater STEM engagement between employers and local schools. Not just at pupil level but with teaching staff too since teachers are hugely influential in ensuring that the next generation continue to study STEM-related subjects.

The shared view from guests was that teachers can be better supported with insights and experience to educate pupils on what the business of science looks like in the region today, opening their eyes to what career opportunities it offers. This is knowledge that too often sits with employers and is not shared well enough.

The opportunity for industry, therefore, is for employers to ramp up their educational outreach activity by supporting initiatives such as STEM Clubs Week, the Great Science Share, The Big Bang, KidsLab and SEERIH. Getting this right could be game-changing for the future of the business of science in the North West and beyond.