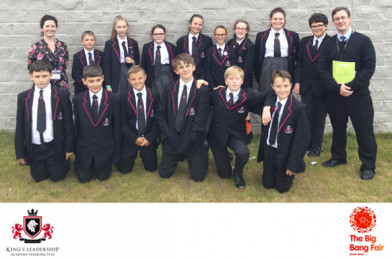 As a team we have been overjoyed by the amazing feedback we have received about The Big Bang North West 2017. We are especially thankful when our schools take the time to give us their views and highlight the benefits and positive impact that our event has.

Mr Walker attended The Big Bang North West with students from Kings Leadership Academy. Read all about their BBNW adventure below and take a look at their fantastic photographs!

“At The Big Bang North West, there were stalls, demonstrations and workshops for the pupils to enjoy on every aspect of science from robotics and nuclear power to the science behind every products such as shampoos, clothing and food. 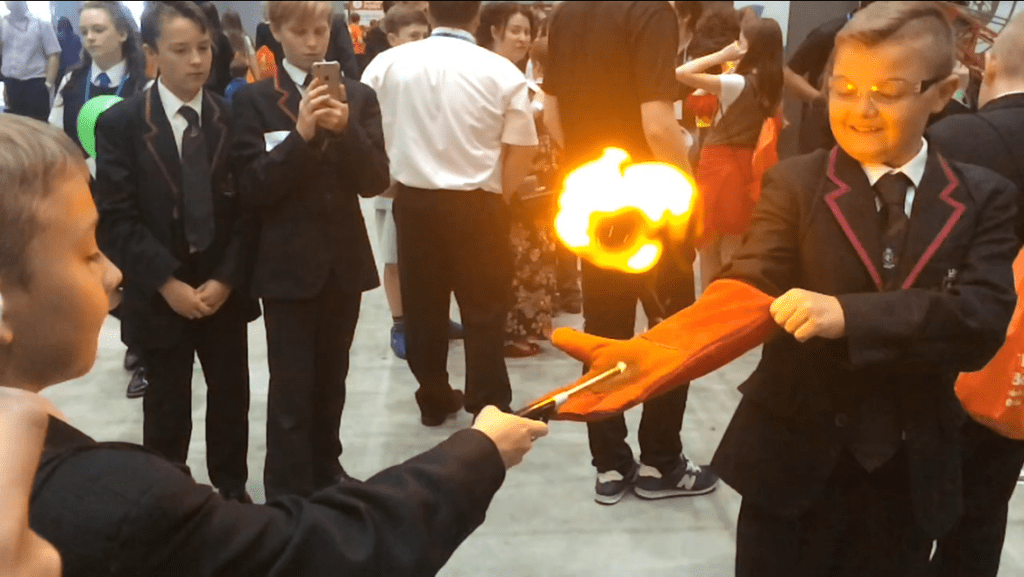 The more active pupils loved comparing our running speed with that of Usain Bolt, finding out how to make giant bubbles that will last for much longer and even trying a range of protective and surveillance equipment used by the military. 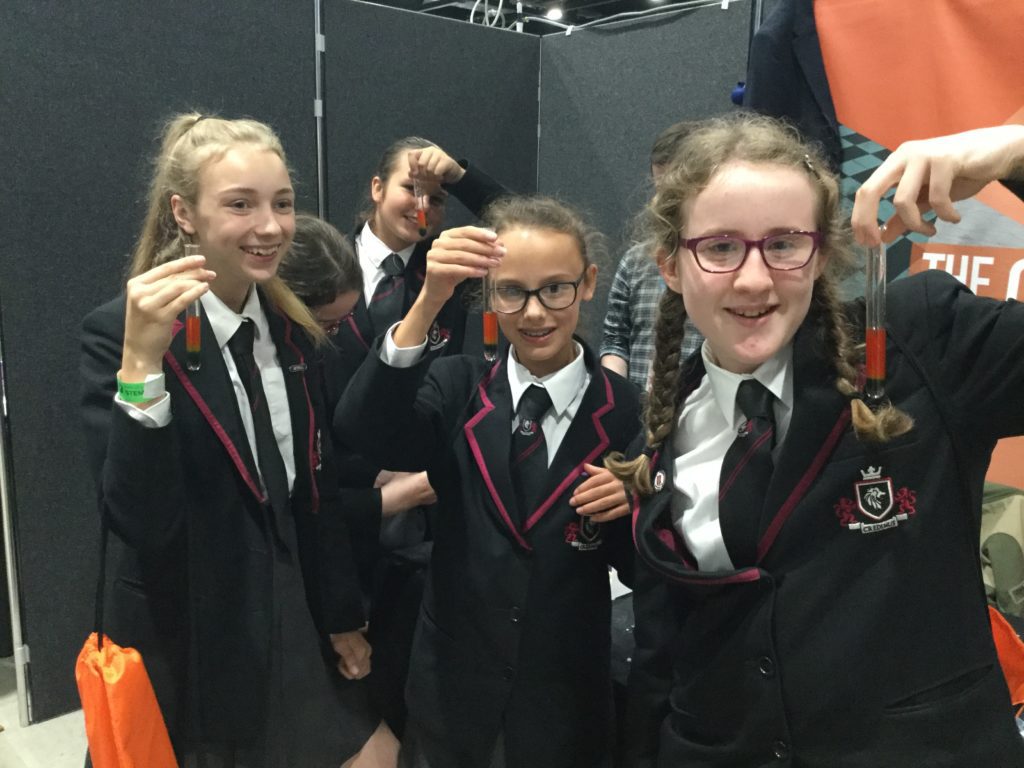 Our group enjoyed moving around the exhibition centre and engaging with the vast number of amazing displays around the venue from employers and universities. 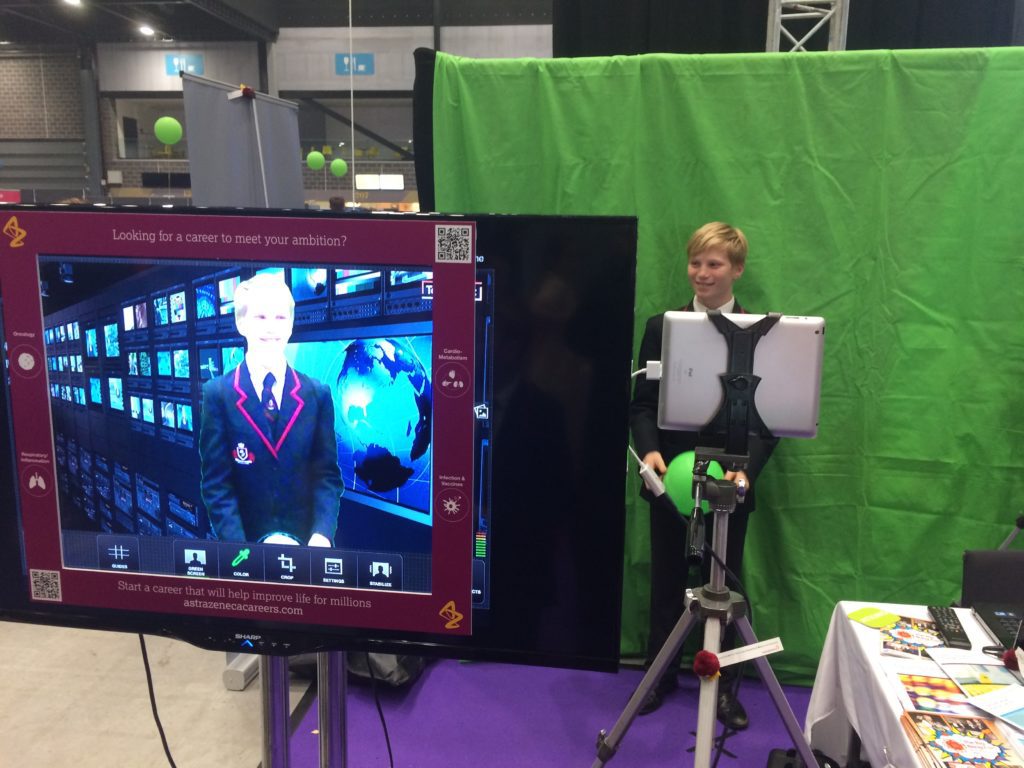 Don’t just take my word for how good it was though – here’s what Amber Ford, one our Y7 pupils who went on the trip, said about it: ‘It was great, I loved the pig dissection and the virtual reality!’ 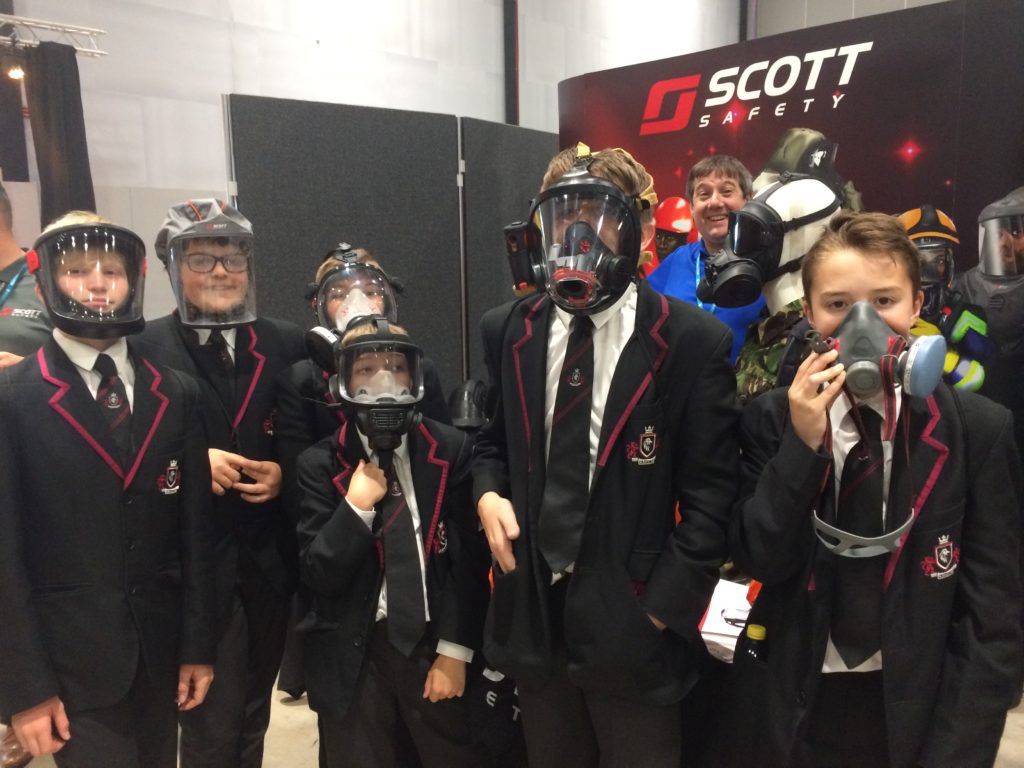 As you can tell, we had a very successful trip and we all arrived back at school enthusiastic about science and pleased that we had the opportunity to experience such an enjoyable day that showed us what was going on, not only in schools nationwide, but in the cutting-edge world of science! There were many science-centred discussions about what we’d seen throughout the afternoon on the minibus on the way home! 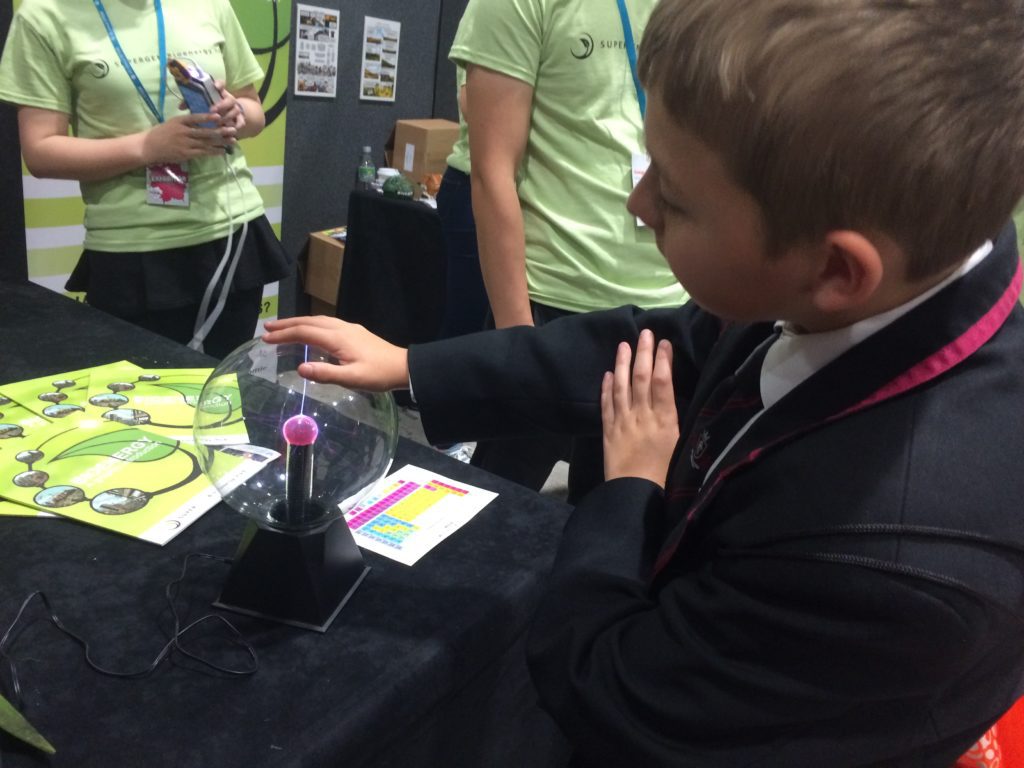 I found it personally rewarding to have been able to take these pupils to the Big Bang North West and see how engaged and excited they were about science and technology! We had a member of staff with us from the PE department who also found it very interesting and was pleasantly surprised with the number of links between what was there and what he is teaching in the PE curriculum from diet and exercise to anatomy and physiology!” 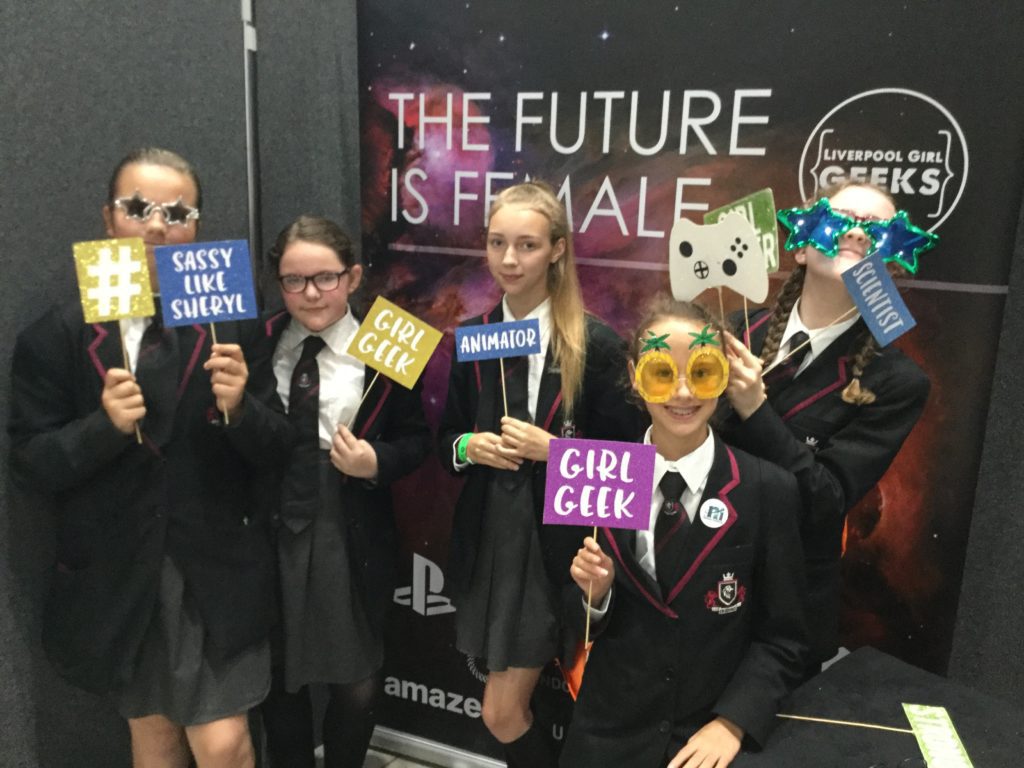 “The pupils found it inspiring to see just what can be achieved by people their own age if they take an interest in science, work hard and really put their minds to it!

They were particularly impressed with a group of pupils who had developed their own range of soaps – one containing lavender to treat eczema and another containing limonella which acts as a natural insect repellent for use in countries where there is a problem with mosquitos spreading disease. These displays made us all think about what we could potentially develop for a future Big Bang event!

Will we be going again? Based on the response of today, we all certainly hope so – and we may even be one of the school competitors next time!”

WOW! What an awesome review, thank you!
We look forward to welcoming you back in 2018 and are excited about your competition projects – no doubt they will be STEM-sational!