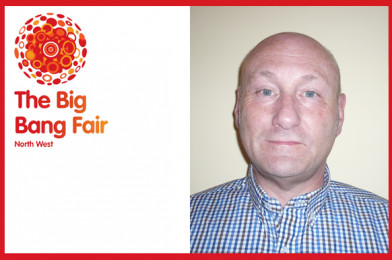 We’d like to introduce you to some of these invaluable & inspirational stars, it wouldn’t be the same without them!

Laurence has more than 38 years’ experience in Defence and Aerospace Design and Development, starting with an apprenticeship/ scholarship with the UK Ministry of Defence and spells with Raytheon Aircraft Company and BAE Systems before re-joining Raytheon on the ASTOR program.

Working on a wide range of aircraft and roles such as the Operations Support Manager for the Hawker 800/1000, Engineering Manager for SEPECAT Jaguar and Canberra, Assistant Chief Engineer for VC10 and Tornado. Laurence has been responsible for the design and certification of Civil and Military special variant modifications, capability enhancements as well as in service support.

Currently he is the Chief Engineer RR for the Raytheon UK ISTAR Tactical platforms. Based in Broughton Chester, Laurence is responsible for a team of design and stress engineers spread across three sites and two subcontract organisations providing the design (Systems, Structures, Stress and Mechanical Systems) and certification for Airborne ISR. Responsibilities include, Compliance Verification Engineer (CVE) activities, providing the main point for Engineering design on company aircraft projects, the main engineering interface for platform engineering governance and integrity with the customers and the construction and approval of Weight and Balance calculations.

Spare time activities include running, gardening, home improvements and playing an active role in the community with involvement at the Institute of Mechanical Engineers (IMechE) where he Mentors applicants in the Institute, reviews applications and chairs membership interviews. He is a Fellow of the IMechE and RAeS.

If you see Laurence on the big day, say hello and ask him about his career – he’ll be happy to tell you more!