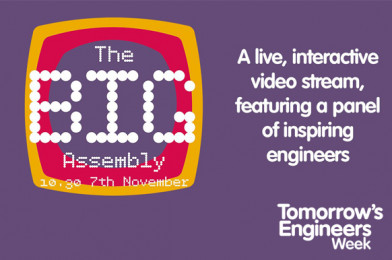 Watch The Big Assembly! Inspiring the next generation of engineers…

Among the amazing role models on the panel were three Big Bang stars:

The Big Assembly is now available on demand here – if you haven’t seen it, this is a great opportunity to watch it with your students!