On 23 June 2016, National Women in Engineering Day, the Women’s Engineering Society (WES) announced the formation of their Young Members’ Board (YMB). The WES YMB consists of twelve women under the age of 30 who are working, training or studying in an engineering field. 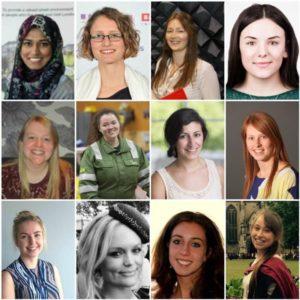 The aim of the YMB is to make WES more accessible to younger members, to reflect their concerns and priorities and provide input to the WES Council, allowing the voices of younger women engineers to be heard. The women making up the YMB will also act as role models for young women considering engineering and applied science.

The board will be supporting the “100 for 100” campaign, part of the WES Centenary activities. WES will ask one hundred companies to commit to a stretching set of actions to support diversity and inclusion in engineering during 2019, the one hundredth anniversary of WES.