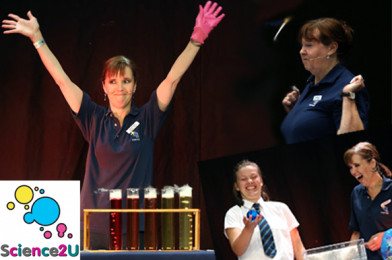 YES! You heard it here first, stars of The Big Bang North West, Science2U will be presenting their STEM-sational Primary PowWow on the 4th of July!

It’s time for a super-fun, science shindig! Science2U’s awesome activities are aimed at all ages but if you’re one of our visiting Primary Schools, make sure to add this to your list of must-see stands.

The fantastic Helen & Sue will have ‘feely bags’ with gross, weird & amazing stuff hidden inside, a guess the smell challenge, heat reactions, colour changing straws and so much more…

It’s just not a Science2U showcase without their enormous invisible gel balls! They’ll be bringing them too, so see if you can find them! 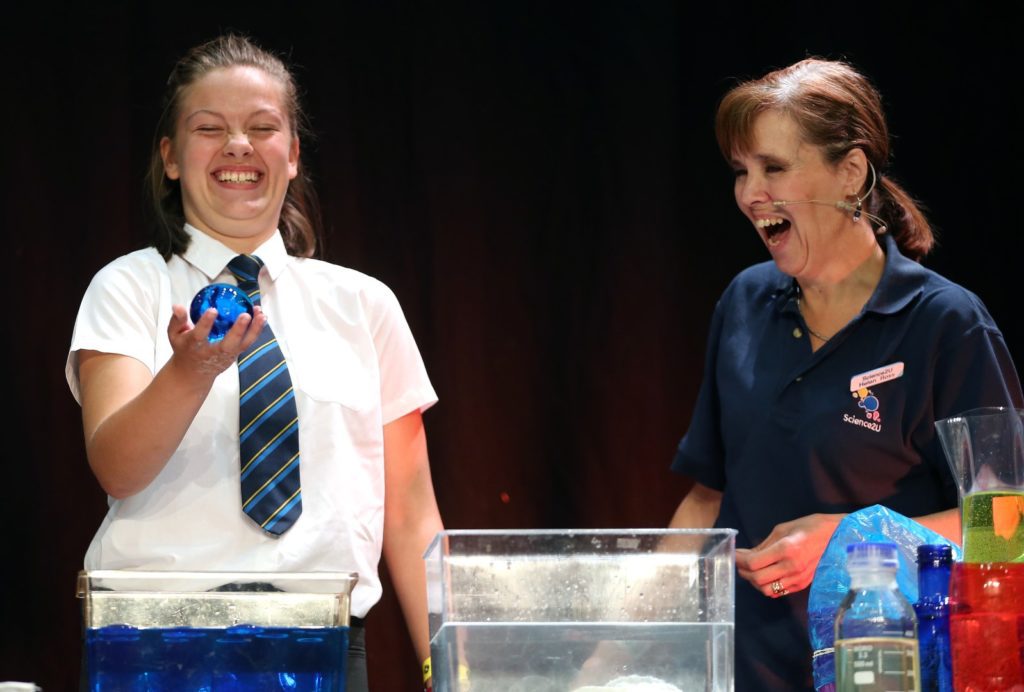 There’ll also be the chance to become part of a human electricity circuit and you can WIN a half price day of shows for your school, just for visiting their stand! WOW!

Science2U have been running their shows and workshops for over 4 years across the North West. Helen is a professional science presenter and Sue has been a qualified teacher for 20 years. The team ran the Education and Enrichment Programme at Catalyst Science Discovery Centre for 6 years before setting up Science2U and have since shared their passion for science and fun with more than 300,000 people!