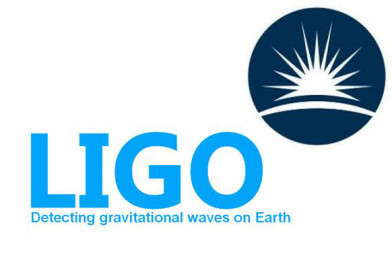 The Science and Technology Facilities Council (STFC) has three fantastic offerings to engage you and your children about gravitational waves!

“On 3rd October 2017 the Nobel prize for physics was awarded to Rainer Weiss, Barry Barish and Kip Thorne for their work on the LIGO experiment and the detection of gravitational waves. Within two weeks of this announcement a further gravitational wave discovery was announced which we believe will inspire many young people into the world of science as it reinforced the fact that there is still so much we can learn about how the Universe works. The UK played a huge part in this work – the technological breakthroughs and computing advances made by UK engineers and scientists made this latest understanding possible.”

Free competition to win your school a signed copy of ‘Cosmos: The Infographic Book of Space’ by Stuart Lowe and Chris North

STFC would like to invite you and your pupils to use your creativity to produce a short 30 second video that they would be able to share UK wide under the banner “Schools making gravitational waves across the UK!”

Ideally Videos should be uploaded to YouTube and links emailed in to Phill Day. The email should include the name of the school, contact details and the name of your local STFC Lab site (either the Rutherford Appleton Laboratory near Oxford, Daresbury Laboratory near Warrington, or the UK ATC in Edinburgh). The videos produced will be shared on the Science and Technology Facilities Council Twitter Feed (@STFC_Matters) as well as on the Facebook Page.

Videos will also be collated into a montage of videos that will be shown simultaneously at the end of each of the Educational Talks taking place in December. Each STFC Lab site will select the 3 videos that it deems most creative to receive a copy of ‘Cosmos: The Infographic Book of Space’ by Stuart Lowe and Chris North.

1.       Enable STFC to use the phrase “Schools making gravitational waves across the UK!”

3.       Not include any voice overs or conversation (text on the screen is allowed)

5.       Be submitted by 1st December 2017 to appear on the live stream for the December educational talks

The demonstrations in your video can be as simple (or as complicated) as you like.

As momentum increases towards the Nobel Ceremony in December, STFC are also offering you an opportunity to register to bring your pupils to talks about gravitational waves provided by fantastic speakers and researchers at the forefront of gravitational wave research here in the UK. These talks will take place on Monday 4th December at Daresbury Laboratory near Warrington (please email Phill Day to book – please note that places are limited!).

If you are unable to make it to the venues for the talks then the Daresbury talks will be live streamed.

Between 2:30pm and 3:00pm the Daresbury speaker Chris North will also be fielding questions both from the lecture theatre and from online viewers.

Free resources for you to use in the classroom (videos, broadsheets, and classroom activities)

To enable pupils to ride the wave that has been generated, the UK’s Science and Technology Facilities Council (STFC) have put together an electronic resource pack for teachers to access in the classroom with their pupils to help them to understand what gravitational waves are and how LIGO is able to detect them. The resources have been written by a variety of authors both in the UK and beyond and includes digital broadsheets, videos, demonstrations and classroom activities.

STFC – “We would love you to pilot the activity below with your pupils and are interested in any feedback that you would like to provide. The digital resource pack can be downloaded by clicking on the image below – the file that you will download is a Prezi .exe file. If you have problems downloading this file then please get in touch with Phill Day. “

“We hope that you will find this resource pack useful and engaging and look forward to hearing back from you, particularly if you would like to join us in December!”