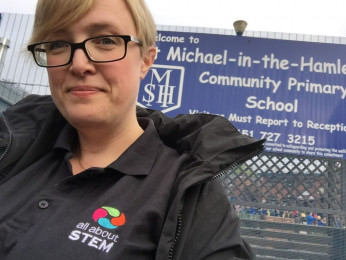 STEM Ambassador Parents: Fishing in Your Own Pond

My son is in his second term of reception class at St Michael-in-the-Hamlet Community Primary School. He still lets me kiss him goodbye in the morning and isn’t yet mortified if I try and make conversation with his teacher… long may this continue!

It was this happy situation that allowed his teacher to spot my fetching ‘All About STEM’ branded t-shirt one morning. “Does that say… STEM? I’m the STEM lead for the school!”

I didn’t need anything more than that to invite myself in for a cup of tea and a chance to explain all that the Merseyside and Cheshire STEM Ambassador Hub could offer the school through the STEM Ambassadors Programme!

I discussed with the teacher what STEM Ambassadors do, the range of backgrounds they come from and some examples of how teachers have used them in the classroom.

We planned support for her ‘Paws, Jaws and Claws!’ topic and I was able to pair them up with a parent at the school who is also a doctor lecturing in Vertebrate Palaeoecology at Liverpool University and already part of the STEM Ambassadors Programmme.

– Happy teacher to have an expert come in.

– Happy school to have engaged their parent community.

– Happy ambassador who got to support the programme in his own child’s school.

– Happy children who got their hands on some real ‘paws, jaws and claws’ that he brought in!

And then the lightning bolt hit!

I’d seen the corporate fleeces in the school yard, belonging to employees of companies that engaged with the STEM Ambassador Programme. What if there were other parents who would like to become Ambassadors and would jump at the chance to support activities in their own child’s school?

The school loved this idea; all the existing benefits of the STEM Ambassador Programme combined with the opportunity to engage their parent population, ticked lots of boxes.

A letter was sent home with every child making a call-out to any parents who worked in STEM careers who may be interested in joining the Programme. There was a great response from both newly-interested parents and also existing ambassadors who just wanted to let the school know they would be willing to come in and support activities.

Following on from the call-to-action letter to parents, a ‘STEM challenge’ was proposed. There were no Easter bonnet competitions for St Michael-in-the-Hamlet this year! Instead the school held a STEM Easter Egg-Drop Challenge! 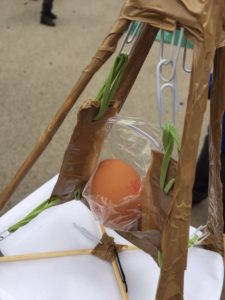 Since then, eight parents have identified themselves as wanting to become STEM Ambassadors. 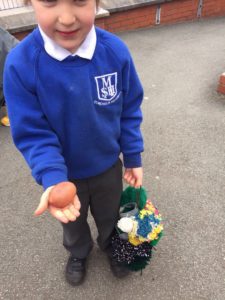 The school has dedicated a section of its website to keeping parents updated about Science and STEM news in the school and to encourage more to become STEM Ambassadors.

The power of branded work-wear!