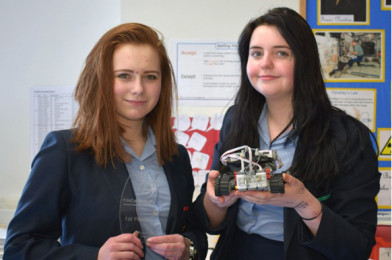 Two schoolgirls are about to compete in a world robotics championship in Japan after developing a robot that could be used to save lives in future.

Anna Sass and Lilly Hudson, both 15, built the bot during their school lunch breaks after teaching themselves how to code. The robot, affectionately known as ‘Alan’, is fitted with colour and light sensors and is programmed to perform tasks and overcome obstacles without human intervention.

Anna and Lilly, from the Wirral, Merseyside, hope the model could be used to carry out search and rescue missions after future natural disasters. The pair were delighted after winning this year’s National Junior Robocup Rescue Line Competition, beating an entirely male field. 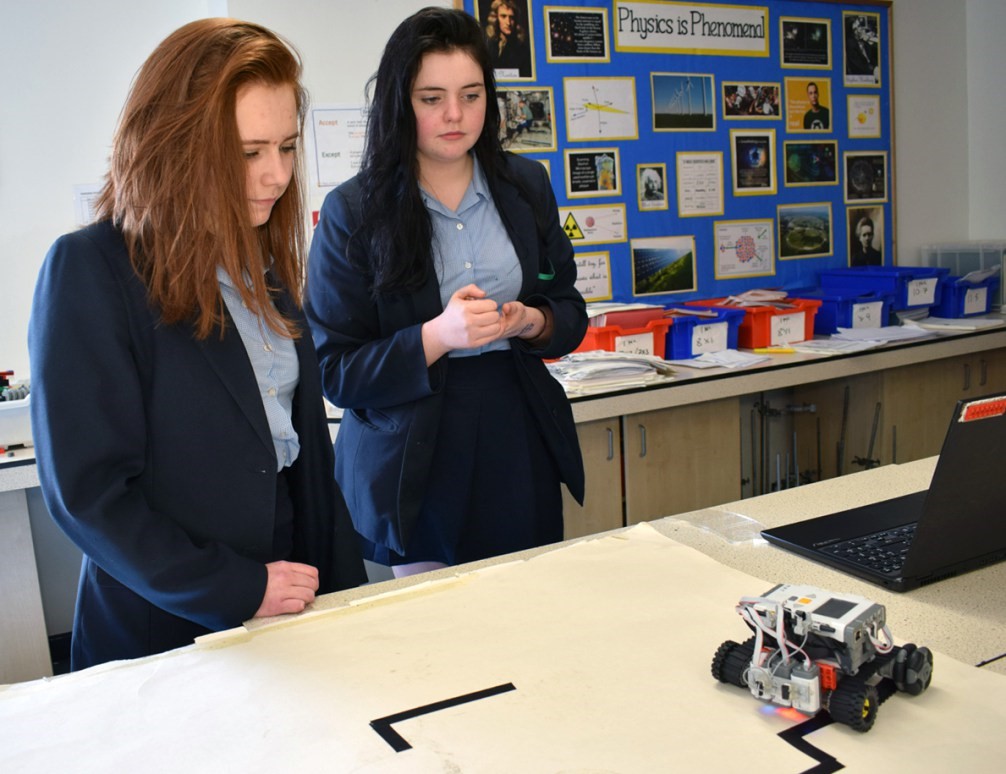 The international stage of the competition will be held this week in Nagoya, Japan, where the girls will compete against representatives from more than 30 countries. The girls initially struggled to raise the cash to cover flights and accommodation, but Rentalcars.com, the world’s biggest online car rental service, offered to sponsor them for the duration of their trip.

Anna said: “We started working on Alan in a robotics club at school. We are self-taught in code and we built him using old materials that had been in school for about ten years.
“The club started with about eleven of us but everyone else dropped out except me and Lilly. We never imagined we would be flying out to Japan to compete in a competition when we first started.
“We competed in the national competition in March and we were the only girls in our group. We could tell people were shocked when we turned up. People just don’t expect girls to be into this kind of thing.”

Alan operates by running on a track and navigating itself around obstacles such as bricks and pens, and the girls hope the model could be used to move around fallen buildings and rubble in future.
Lilly said: “In the future Alan could be developed more to have thermal sensors, then he would be able to detect and save victims after natural disasters. Our ultimate goal is for him to be able to save lives.”

After hearing about Anna and Lilly’s need for sponsorship, Rentalcars.com contacted the girls and offered to stump up £3,000 to cover expenses.

Ryan Cheyne, Director of People from Rentalcars.com said: “We think Anna and Lilly are really inspirational. When we heard about Alan we made contact to see if we could help because we thought it was a great opportunity to encourage young people to get interested and involved in technology.

“We are incredibly proud to be helping out with Anna and Lilly, and of course now the whole business is rooting for them. It feels a bit like Alan vs Goliath, but whatever happens it’s a huge experience for them and a great opportunity to inspire some other youngsters.”

The winners of the competition will be announced on 31st July 2017.